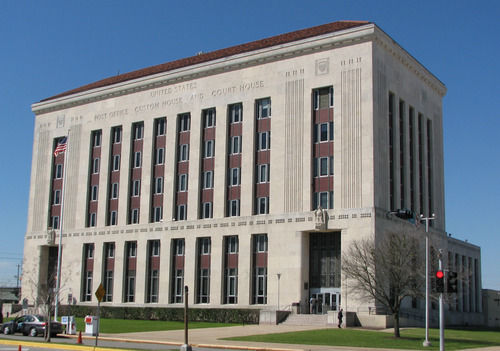 What is a “Certified Translation”?

In 1995, the Congress passed the “Court Interpreters Act,” 28 U.S.C. § 1827: “The Director of the Administrative Office of the United States Courts shall establish a program to facilitate the use of certified and otherwise qualified interpreters in judicial proceedings instituted by the United States”.

Unfortunately, the Act does not pertain to translations of written documents but rather only in-person oral interpretations. There are 46 “Notes of Decision” on Westlaw concerning the Act and all deal with oral interpreters. See, e.g., United States v. Batista, 684 F.3d 333, 341-42 (2d Cir. 2012) (holding that a district’s court’s violation of the act — when it instructed the court interpreter to use a particular translation of a Spanish slang phrase — was not plain error).

Controversy arose when Hiciano, in testimony regarding a code he had worked out with Batista to signal police presence in Bushwick, stated that Batista would use the phrase “loco cuídate ” to warn of imminent police action. The meaning of the phrase is arguably ambiguous: it could mean either “take care, dude”—perhaps innocuous enough—or “be careful, dude,” which was perhaps less innocuous given the context in which the phrase was uttered.

Faced with a potentially decisive issue of translation, the District Court suggested that the witness himself, who was evidently conversant in both English and Spanish, could clarify what he understood Batista to mean by “loco cuídate ” and thereby establish the interpretation to be used by the court interpreter. The Court, with the permission of the parties, elicited testimony from Hiciano regarding his intended meaning. Hiciano confirmed that he understood Batista to mean “be careful,” not “take care” and that Hiciano appreciated the difference between the two meanings.

The Court then inquired of counsel for both sides whether they objected to the translation given by the witness, and both sides declared that they had no objection. Only then did the Court instruct the interpreter to use the agreed-upon translation. The Court’s action was entirely reasonable; it was not erroneous, much less plainly erroneous.

Lingua Franca Translations is unaware of any federal law or local rule of court that pertains to translations of written documents. Neither the word “translation” nor “interpretion” appear in the Federal Rules of Civil Procedure or the Southern District of Florida Local Rules of Court.

Thus, in federal court in South Florida, there is actually no rule that requires a translator to be “certified”. It doesn’t even explain what “certification” would even mean. The “Civil Filing Requirements” (revised March 12, 2014) requires in Section 2N that “Documents not written in English must be accompanied by a translation, unless a waiver has been granted by the Court.” (Issued by the Clerk of the United States District Court of Southern Florida)

Why Lingua Franca is the best legal translator

Lingua Franca’s mirrors the best practices in the legal translation industry for the past fifty years, including using only translators who have been certified by the American Translators Association, and preferably translators who are natives of the target language country, region, and dialect. We provide notarized certifications with every translation, and suggest that the original source text be included behind the certificate with every translated-document filing.

These certifications are not just perfunctory. Last year, the United States Court of Appeal for the 11th circuit refused to reverse an immigration appeal. A judge ordered a person to be deported because the affidavit she submitted was “unaccompanied by a certificate of translation.” Villalobos v. U.S. Atty. Gen., 479 F. App’x 966, 967 (11th Cir. 2012); see also Rosa-Nales v. Carnival Corp., 12-22172-CIV, 2013 WL 7219411 (S.D. Fla. Dec. 11, 2013) (“Defendants provided a translation of the Vigoreaux Lorenzana case by a certified interpreter in English and Spanish languages.”).

Similarly, the Florida State Court system does not have any promulgated rule or legal decision regarding translations of written documents. Even though appellate courts obviously require “certified translations,” there is no actual certification program in Florida. See Montealegre v. Banco De Credito Centro-Americano, S.A., 895 So. 2d 1097, 1098 (Fla. 3d DCA 2004)

Lingua Franca follows the best practices in the legal translation industry. We provide notarized ATA-certifications for all of our written translations. We use only translators who are certified by the ATA and, where possible, have been qualified and certified by the OSCA court interpreter program.