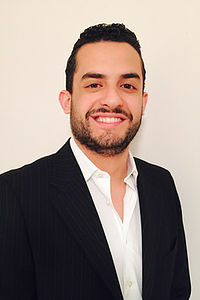 Why Accurate Translations Are Key in the Legal Discovery Process

One of the many challenges that law firms face nowadays is the tremendous amount of information involved in any particular case, especially when the cases involve several languages.

The district court agreed to reconsider a prior judgment based on new translations of key documents written in Spanish. The parties had previously submitted without any translation. In doing so, the court cautioned that it would not be “this lenient again with respect to post hoc translations” of foreign records.They strongly encouraged the parties to “agree on some sort of protocol for translating relevant records.”

In the case of criminal litigation, having a professional interpreter when taking depositions is key to setting the record straight from the beginning.

For example, there was a recent case that involved three defendants from Poland. They only spoke a gypsy dialect and did not understand any English. To initiate the investigation, the police called an external officer who was born in Poland and had the questioning recorded. The prosecutors later found that the officer hadn’t been to the Poland in years and his Polish was very rusty. Since the defendants spoke a gypsy dialect, the interpretation was completely unreliable.

Taking into account that the officer was not an interpreter, the defense attorney who took the case assigned its translation agency with the task of translating. They had to translate the transcription from both parties’ irregular Polish into Polish, and then from Polish into English. Not having a professional and certified interpreter from the beginning of a case may cost more money and time for lawyers and their clients.

The best time to start preparing for trial is at the start of the case. You need a legal translator that has both civil and criminal litigation experience. Partnering with a specialized legal translation agency may be key to making or breaking your case.

There is a difference in goals between the criminal and civil discovery process. The goal of civil discovery is to ensure a level playing field for all parties. You can be required to provide depositions and release evidence. hich could be used against you later at trial.

The guidelines of civil procedure support reciprocity and equal access to evidence. In a criminal case, however, one of the main goals is the protection of a defendant’s constitutional right to a fair trial. You are not required to give evidence against your case so the state can use it against you later.

Generally speaking, discovery has become an industry practice. However, as companies continue to become more globalized, handling a legal case in only one language will become very rare.

Why have a certified translator in Florida?

In the state of Florida, for example, there are many cases related to the death penalty in which lawyers have to go through overwhelming amounts of data to initiate the mitigation process. A specialized translation agency can assist with the preparation in a pretrial stage by going through each piece of material. They’ll help identify what will be crucial for the case and what doesn’t need to be translated.

Esteban Ríos is a certified Spanish interpreter and Project Manager at Lingua Franca Translations in Miami.

Tags: Law
Previous post What is a “Certified Translation”? Next post DO COURTS IN FLORIDA REQUIRE TRANSLATIONS TO BE CERTIFIED?